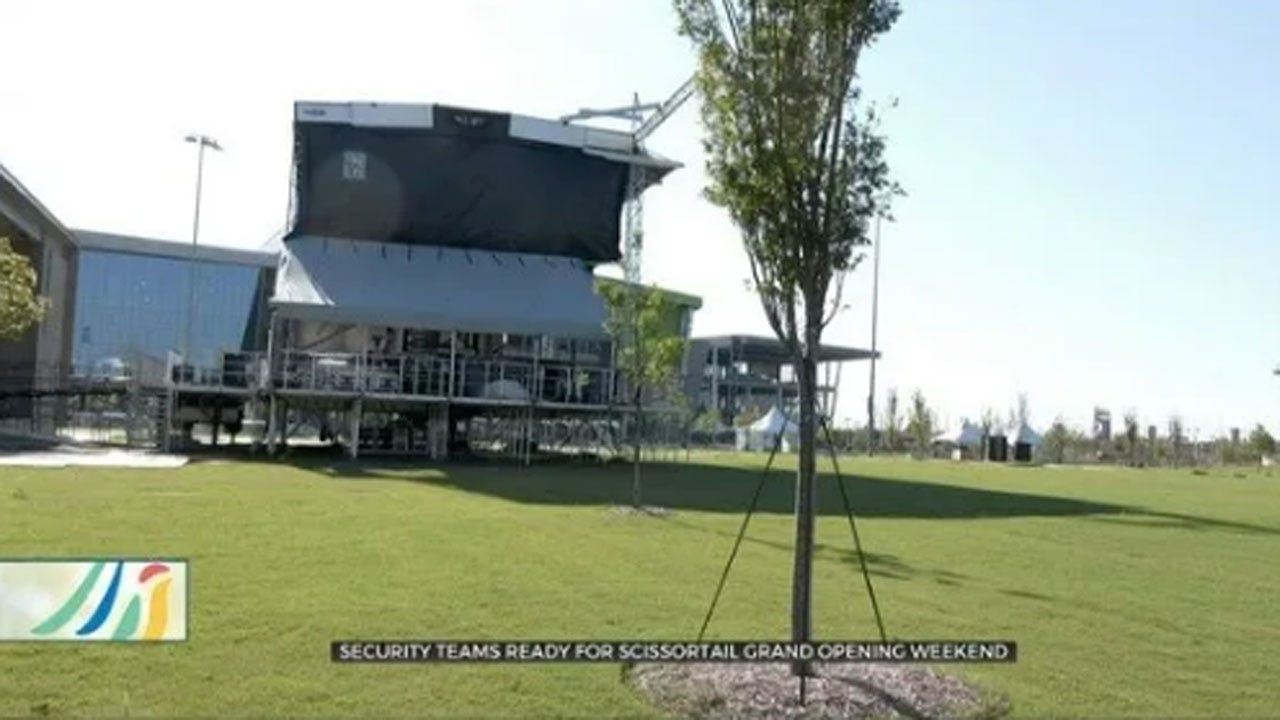 As thousands of people make their way to Scissortail Park on Friday afternoon for the grand opening, there’s a lot of information about what guests can’t bring, so they don’t turn around at the gate.

According to Stacey Aldrich, director of communications for Scissortail Park, there’s a long list of items you won’t be able to bring on Friday night. This includes things that you think are allowed like lawn chairs and backpacks. Large handbags will not even be allowed and small bags will be subject to search. There we will also have different checkpoints that people will have to go through.

â€œThere will be metal detectors and checkpoints when you enter the facility for the first night,â€ Aldrich said.

â€œWe’re going to have increased security in the park all weekend long, and that’s due to the large number of crowds coming in,â€ said Megan Morgan of OCPD. “Just because you might not see an officer, understand that we will have officers there that you might not recognize as being in uniform.”

Click here for a list of what you need to know before your visit to the park.