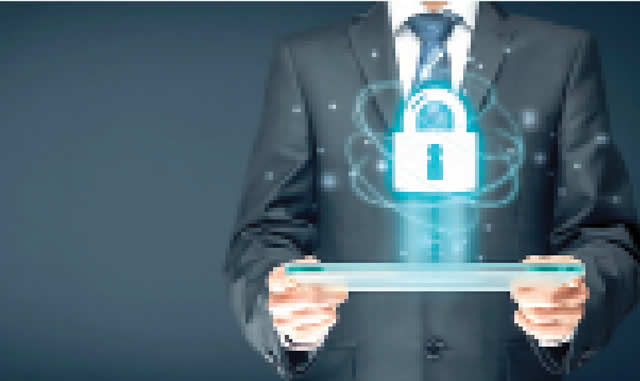 The value of the Internet cannot be overstated. In fact, its emergence made life easy and provided plenty of opportunities for many with the push of a button on laptops and phones. Many people with Internet enabled phones have a lot of activities with them. Globally, people are connecting and engaging in business. But technological advancements bring various challenges, including cyberattacks.

Cyber â€‹â€‹attack has been defined as an attempt by hackers or cybercriminals to disable or damage a network or computer system. This can be done through phishing, ransomware, malware, man-in-the-middle, or other means.

An increase in cyber attacks has been reported around the world. According to NEXUSGUARD, a cybersecurity company, in the first half of 2021, distributed denial of service – a malicious, targeted attempt to disrupt traffic to a particular server, service, or network, increased by 233%. He further reported that hackers are using new attack models that can cripple communication service providers and Internet service providers without being detected by signature-based methods.

Cyber â€‹â€‹security, as IBM has defined it, “is the practice of protecting critical systems and sensitive information from digital attacks.” However, cyber attackers continue to explore new ways to bypass defense measures and counter cyberattack mechanisms.

Additionally, cybersecurity experts noted that constant cyber attacks would lead to a state of chaos, cause significant damage to the way businesses are conducted, and erode the country’s reputation in the global space.

Russian multinational cybersecurity and antivirus vendor Kaspersky reported that between January and June this year, of the 206,000 mobile malware detected and blocked by the company for the Middle East, Turkey and the Africa, more than 14,071 of them were from Nigeria.

The rate at which cybercriminals adopt rapid methods and technologies to carry out cyber attacks is alarming.

According to the Center for Strategic and International Studies, “nearly $ 600 billion is lost each year due to cybercrime.”

According to a 2020 Global Cybersecurity Index report on snapshot of cybersecurity measures taken by countries, Nigeria ranks 47th out of 182 countries, in the world and fourth in Africa after Mauritius, Tanzania and Ghana in that order.

This significant increase in cyber attacks is concerning and Bethwel Opil, Corporate Sales Manager for Kaspersky, Africa, said that “mobile malware remains a significant threat to business and personal users across Africa”.

A study on cybersecurity in Africa conducted by Demadiur Systems Limited noted that 270.22 million naira was spent by banks, insurance companies and government institutions in Nigeria to prevent cyber attacks in 2018.

He noted in the report titled â€œCybersecurity Skills Gapâ€ that part of the funds were spent on purchasing hardware and software such as antiviruses, load balancers, computer access controls. network, among others.

In 2013, Nigerians lost around 159 billion naira to cybersecurity threats, according to global payments giant Paypal.com. Since 2014, the country has lost 90 billion naira to cybercrime and, as of December 2015, it was ranked 17th among the most attacked countries in the world based on threat intelligence gathered by Check Point Software Technologies.

Using the pandemic as bait to impersonate brands and deceive employees and customers, cybercriminals have been able to gain access to the technological devices of unsuspecting individuals and businesses. The Institute for Security Studies also claimed that Nigeria saw an increase in cyber attacks at the start of the COVID-19 pandemic and lockdowns.

It was reported that in 2018, the country’s commercial banks lost around N15 billion due to electronic fraud and cybercrime, while more than 17,600 bank customers lost N1.9 billion due to of cyber fraud in the same year.

Meanwhile, the Nigeria Consumer Awareness and Financial Enlightenment Initiative forecast a loss of $ 6 billion to cybercrime inside and outside Nigeria by 2030. (Cyber â€‹â€‹attack or cybercrime?)

Commenting on how to curb cyberattacks in the country, Adora Nwodo, a software engineer and tech content creator, said cyberattacks are affecting individuals and organizations using the internet, stating that it could pose a threat to personal and financial security. .

Nwodo said, â€œOften when I hear people talk about cybersecurity in Nigeria, they usually talk about the banking sector. Cyber â€‹â€‹attacks can affect other organizations that do anything on the Internet; from banks, hospitals to government agencies. This can lead to threats to personal security (people’s private information is disclosed) and threats to finance. Cyber â€‹â€‹attacks can also cripple systems and make data inaccessible. It’s bad for everyone.

She called for cybersecurity training for every individual and business to enable them to recognize security threats in their various forms and learn how to solve the problems that arise from them.

Nwodo added, â€œWe also need to educate other Nigerian citizens through TV, radio or social media communications about not sharing passwords, using secure Wi-Fi. , controlling who has access to their computers and more. ”

She stressed that cybersecurity should be taken seriously, adding â€œbecause it helps us protect all of our data against theft and corruption. Our personal data, medical data, financial data (and more) falling into the wrong hands could be terrible for us as people. People have lost millions to scams, people have uploaded unsolicited information that put them under security threats and more. Cyber â€‹â€‹attacks also contribute to identity theft and internet fraud, and as people we don’t want to be scammed. ”

For his part, the Acting Director of the Department of Cybersecurity of the National Information Technology Development Agency, Dr Ahmed Lawan, said victims of successful cyberattacks would suffer substantial financial, reputational and legal losses. .

Lawan said: â€œThe reputational damage that cyber attacks can inflict on a country is enormous. Trust is an essential component of any customer relationship, as in any business. Cyber â€‹â€‹attacks can devastate a company’s reputation and erode the trust of customers in a country or in companies operating in its country.

â€œThis, in turn, can result in lost customers, decreased sales and decreased profits, which will eventually lead to decreased revenue generated by the federal government. In addition, damage to reputation can have a significant impact on its suppliers as well as on relations with local and foreign investors. Finally, organizations or businesses that are victims of a cyber attack will incur costs associated with repairing the affected systems, networks and devices. ”

Commenting on ways to achieve cybersecurity, Lawan said security is an ongoing effort and “having a solid incident response plan can help in the event of an attack.”

He further called for an increase in cyber hygiene awareness for every individual, regardless of status, saying this would help reduce the occurrences of cyber attacks.

In addition, technology policy analyst, data protection and cybersecurity lawyer Moses Faya said that lack of trust, damage to reputation and financial losses were the effects of cyber attacks in Nigeria.

Faya said, â€œTrust is the foundation of everything, so when there is a lack of trust, customers are wary of continued use of the platform. This then leads to reputational damage which costs organizations more money to reassure customers of their brand as well as to repair damage caused by attacks.

He noted that every individual should be aware of the activities of cybercriminals and ways to mitigate attacks.

He said: â€œThe cardinal aspect, whatever measures are available and effective, is awareness. No matter how secure your system is, it is always humans who provide access to attacks. There should be an increase in awareness for individuals. Institutions are also encouraged to alert the relevant authorities whenever they are faced with cyber attacks.

â€œPeople should be aware that they should not click on links sent to their email or social media accounts from addresses or accounts they don’t trust. The best way is to copy the link and paste it into your browser’s address bar to check if it’s genuine. Email password (s) must contain upper and lower case letters and other characters. Do not use your date of birth or that of those close to you in your passwords, instead use something that is not publicly known. Do not access your social media accounts or banking app over public Wi-Fi.

Faya also urged governments to put in place technical infrastructure and institutions to enable rapid response to cyber attacks, adding that cybercriminals could steal hard-earned money and private documents from individuals and organizations during gadget infiltration.

He added that if Nigeria was able to improve its cybersecurity, it would redeem its image in the global space.

He added: â€œData and its digital footprint is the new digital currency and people are scouring the internet for how to get this information. But if we can put some measures to protect this information from use by bad guys, then it would redeem Nigeria’s image and reduce organizational costs.

All rights reserved. This material and any other digital content on this website may not be reproduced, published, broadcast, rewritten or redistributed in whole or in part without the express prior written permission of PUNCH.