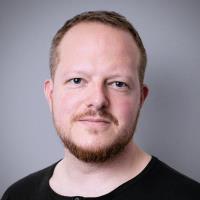 Software testing is regularly compromised, that is, it tries to cover as much codebase as possible given time and resource constraints. Sometimes known bugs go on for release and are not fixed because they are considered low risk. In fintech, even small bugs can have serious repercussions on a development teamâ€¦ and the entire company. Trust is everything when it comes to managing people’s finances, so testing of FinTech software is subject to higher standards than most other applications.

FinTech is a large and diverse industry that can represent many different types of software. These range from providing app-based retail banking services to generating trading algorithms for brokerage houses that automatically complete trades based on analysis of market movements and trading patterns. What they generally have in common is the need to process large amounts of data quickly while being absolutely sure to maintain data integrity and accuracy at all times. Mark Zuckerburg’s â€œgo fast and break thingsâ€ approach to software development that was popular in the early to mid-2010s certainly doesn’t apply to fintech.

The ideal fintech approach to ‘go fast and break things’ would simply be ‘go fast and never break anything’. A bug or error in a fintech application can be disastrous for a business and can have serious financial consequences. Code that gets to a real environment in fintech must have gone through a thorough testing process to ensure that it is free of bugs.

Despite this, the fintech industry also emphasizes rapid development. FinTech is a competitive industry, with many different companies and applications vying for market dominance. Keeping pace with markets and competition requires constant development, which can conflict with the need for extensive testing and is an interesting challenge for software testing in fintech.

What does good tests look like for web software in general?

While fintech poses interesting challenges for software testing, it is not entirely unique in the processes used to develop and run tests for it. Most web software shares the same structure and testing approach as fintech software. Testing should be integrated into the development process, either using continuous testing and integration, or as a separate phase of the development process.

Whether the test takes place before, during, or after writing the code (or all three!), The test code follows a similar pattern. Assertions are written around units of code – such as a class method – that mock particular inputs and assert expected outputs. Test data is generated to be used for input, and then those tests are put together into a test suite that runs against the code base.

Other forms of testing may also take place, such as UI / UX testing. These indicate whether particular layout elements exist where they are supposed to exist, that they display correctly on different resolutions and devices, and that the software is performing as expected. User stories can be developed to describe a series of events that testers follow to mimic the expected behaviors of real users when using the software. While progress has been made in automating parts of the UI / UX and general front-end testing, this is still largely a manual process for many companies.

All of these test cases take time to develop and must be maintained, requiring additional time and resources. Very often tradeoffs are made and test cases are only developed for areas of code deemed to be high risk or of particular importance. Bugs that don’t negatively affect the user experience can stick around in production builds because it’s not worth the trouble for a developer to fix the problem rather than work on new features.

How fintech testing should be different

Fintech testing has much more stringent requirements for code coverage and accuracy than general web software. The â€œgo fast and break thingsâ€ approach used by applications targeting many other areas is not suited to fintech, so fintech software needs to be comparatively more structured. It starts with changing the way products are designed and manufactured. While social media apps can afford to experiment and ‘build as you go’, the need for functional quality is something that cannot be put aside in fintech.

Testing can sometimes be an afterthought for development teams keen to release their software and find an audience for their product, but in fintech, a well-structured QA and testing process needs to be built in very early on in the process. the discovery phase. This is so that the software can be designed and developed using software models well suited to testing. Fintech software that moves fast but breaks things doesn’t last very long in a competitive market.

How quality assurance creates a comparative advantage for fintech

Fintech software uses rock-solid quality assurance testing and processes to ensure product quality in a competitive and rapidly changing industry. Languages â€‹â€‹and design patterns that are popular in fintech reflect this need for testing – languages â€‹â€‹like Scala feature strong static typing with both functional programming and object-oriented programming, which break down code into units for which it is intended. is relatively easy to write tests.

In addition to this, QA processes often take advantage of cutting edge DevOps techniques, such as continuous testing. This means that the software is tested throughout the development and deployment process, rather than as its own discrete phase after development. It also encourages developers and QA testers to get more involved with each other and work together, rather than working against each other.

A comparative advantage for fintech is that there is very often no code or legacy systems to work with. Unlike more traditional financial institutions that must adapt to software and processes designed decades ago, many fintech development teams are starting with a clean slate. By using modern software design and development best practices, fintech can more easily integrate new ideas and features into their software at a faster rate. This enables fintech companies to innovate and enter new markets dominated by traditional financial institutions by developing software at a rapid pace but without compromising security or stability.

Machine learning is changing the future of software testing

The Future of Software Testing: Machine Learning to the Rescue