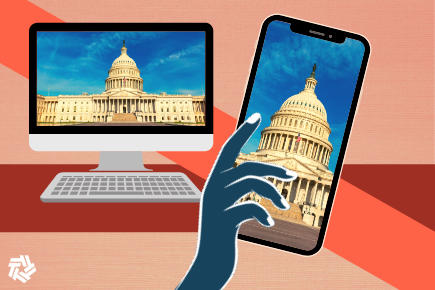 There is perhaps no better feeling than when a bunch of tidbits of matching events, interviews, and outings come together to create a story. I imagine it’s like a sculptor with a lot of extra pieces lying around their studio, having that moment of clarity on how their next piece of art will come together.

It’s been nine years since I launched this feature and I still surprise myself almost every week with how the stories flow together. The experts and sources from the federal government and industry who provide me with the immeasurable support, insights and insights that make up the notebook hopefully have an impact on the three Ps of the federal government: policies, people and programs.

As always, I encourage you to send me ideas, suggestions and, of course, news to jpmiller@federalnewsnetwork.com.

The 2021 list shows continued attrition in the federal IT and procurement communities, with many of the same topics emerging as the most popular in 2021.

See how these 10 compare to the best laptop stories of 2020.

Here are the 10 best Reporter’s Notebook stories of 2021.

Cyber â€‹â€‹Security Maturity Model certification was arguably the most watched, discussed, and criticized topic of 2021. Vendors, the Department of Defense, and civilian agency readers had an insatiable appetite for the latest details on one of the biggest changes in the federal community in decades. . While the CMMC Advisory Board has received its fair share of criticism, some deserving and some not, its monthly town halls have provided important updates during the early stages of the program.

Every four years, this story emerges, and rightly so. The point is, people love people’s news. Almost a year after counting the number of CIOs who will be leaving, it is good to see that the number of CIO positions open in CFO Act agencies has fallen to two, with the Senate confirming the last two political CIOs, the Veterans CIO Kurt DelBene and the DoD. CIO John Sherman, in recent weeks. Only the departments of Health and Social Services and the Interior have interim CIOs.

The build-up of the eventual $ 1 billion allocation to the TMF has energized the federal IT community. Many vendors, who still don’t fully understand how the TMF works, and agencies, many of whom are now frustrated with the slow roll-out of funding, were delighted to see lawmakers finally commit to actual funding. to respond to ever-increasing technical problems. debt facing the government. The TMF will continue to be one of the biggest stories of 2022.

This is the kind of story that the Reporter’s Notebook was designed for. Individually none of these articles were worth their own article, but when you see a trend and put all the pieces together, you have some important and valuable news. The General Service Administration met many of its acquisition targets in 2021 with the award of ASTRO and initial awards under 8 (a) STARS III. Polaris’ Government-Wide Acquisition Agreement (GWAC) and continued development of the services market will be among the highlights of the 2022 story.

Months before President Joe Biden’s executive order demanding a transition to zero trust, the buzz surrounding this latest cyberconstruction was accelerating to its zenith. This story resonated with the public because it was two real examples of zero trust in the proverbial nature. The National Security Agency and the Department of Homeland Security were on the cutting edge a year ago. Today, the NSA and DHS are among many agencies looking to bring together these zero trust tools and concepts to better protect their systems, people, and data.

One of the other important roles the notebook plays is to shed light on federal initiatives that, in this case, the Defense Department failed to do. The DoD plans to create a big data platform for supply chain information. He wanted industry feedback on some ideas and potentially available capabilities and decided, for some reason, to only ask a small group of vendors. It was surprising the number of companies that asked me for the RFI, showing that more transparency should always be the rule and not the exception.

Rob Coen’s passing has been one of the saddest parts of 2021. There have been so many people who learned of Coen’s death through this notepad. There’s not much to say about this, or really any other untimely deaths, just that we better know Coen and will continue to miss him.

It was a 2020 story that came back into the top 10 for 2021. Of course, cybersecurity remained one of the hottest topics last year and with all the talk about threat intelligence, partnerships. public-private, etc., it’s no surprise that readers are watching for the latest update on the Cybersecurity and Infrastructure Security Agency’s efforts to improve cyber information sharing.

Management standards for tech companies couldn’t be considered a hot topic in 2021. The Management and Budget Office and the IOC Council have issued new guidelines or manuals to put TBM on agency radars. But just when you thought TBM might have been put on the back burner, OMB began to tackle one of the biggest challenges to a successful TBM implementation: data. This common hurdle for CIOs, CFOs, and other budget formulation experts is part of the reason this story entered the top 10.

This story has probably generated the most feedback and frustration of any notebook article in 2021. Typically letters to agencies are jaded, a dime a dozen, and never make a real difference. But these associations have captured the frustrations of the industry around two major initiatives where more discussion, communication and transparency would always be better than less. CMMC and GSA’s new multiple service award contract will remain the main storyline to follow in 2022.

Tips, advice and information for obtaining membership in cybersecurity projects